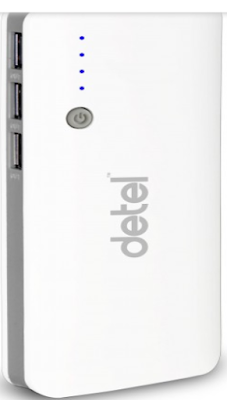 There is a surge in the smartphone market in the domestic market, with brands going on day one. New smartphones are appearing. At the same time, the smartphone 4G is likely to be slipping on the battery charge, which has led to the demand for power banking.

In the same model, many companies are at the forefront to introduce High Capacity Power Banks to the Indian market. Currently, Ditel also introduces two new types of power banks to the market. It is also well-known at prices.

Power Systems released by Ditel will be able to find new sophisticated technology in which the power bank is charging while mobile charging.

Detel has released another 12500 mAh battery capacitance Power Bank D12500, which has the option of charging two mobile phones together in this Power Bank. Fast charging will be provided with microprocessing control.