The telecom companies are making a lot of profit in the telecom sector. In the same model, efforts to announce a price war and attractive plan between Airtel and Jio are being held in the past. At the same model, Airtel announced a new offer, which was to hit Jio.

The two companies, they already know that 1GB daily data is not enough for people, So they want more than 1GB of data per day. In the same model, Jio has already announced 1.5GB data and 2GB data per day. Airtel has announced a plan for every day 3.5GB of 4G data per user to hit the Jio.

Airtel has announced plans for its customers to exceed Geo, which will use every 3.5GB of 3G / 4G data every day. The plan will have 28 days validity, for which customers will be charged 799Rs. 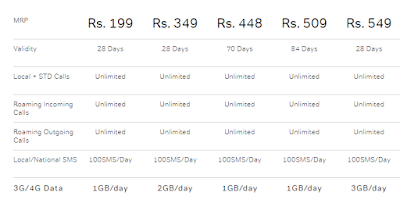 In addition, Airtel has offered to make unlimited local, STD and roaming voice calls for its customers. And everyday customers can 100 SMS for free. Airtel apps can be accessed free of charge.

To compete with Jio

In this same model, Jio will give 3GB data per day at 799 for 28 days validity. But Airtel is planning to utilize 3.5GB of data every day at Rs. 799 to hit Jio. This will bring extra 14GB data to Airtel customers compare to Jio.You can also get 3GB per day for 549rs.