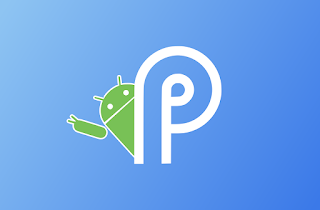 The new operating system has many features, most notably Navigation Gesture and AI-based options. But Google has lower the rate of its device upgrade. Only a few devices will run through the Oreo and Google will consider for an update on that Android devices only.

We are giving you a complete description of which devices are upgrading to Android Pi.

Smartphones that are upgraded to Android Pi

Lenovo’s ownership of Motorola has already confirmed that Android P will be upgraded to its new devices in the AOSP (Android Open Source Project). Here is information about phones that will get the Andriod P update.
• Motor Z3
• Moto Z play 3
• Play Moto Z 2
• Moto X4
• Moto G6 Plus
• Moto G6
• Moto G6 Play
In early 2019, Moto devices are expected to appear on Android update.

The Vivo company of China also announced that Android P will be upgraded to its Vivo devices and see what devices will look like Android P Updates.
• Vivo X21
• Vivo X21 UD
• Vivo NEX
• Vivo V9

Huawei and its co-brand Honor include the list of the top 5 smartphones. The company’s market share in China is increasing day by day. It has also emerged as the second largest smartphone manufacturer in the world. Here is a list of all phones from Honor and Huawei to look up Android Pie.
• Huawei Nova 3
• Huawei Nova 3I
• Honor Play
• Honor 9
• Honor 10
• Honor View 10
• Huawei P20
• Huawei P20 Lite
• Honor 7A
• Honor 7C
• Honor 9 Lite
In early 2019 Huawei and Honor phones are up to date Android There is hope to look.

The latest release of BlackBerry Key 2 Phone Android Pie is likely to appear in the late 2018 or early 2019.

Also Read 5 ways to keep your mobile running like new !!